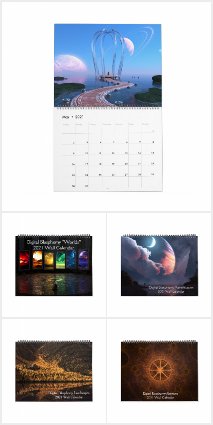 A lot of folks have been asking me if I could create a new St. Patrick's Day wallpaer, and I thought it would be fun to do a night version of my "Cloverscape" sort of in the same mode as my "Pandora" version of "Satori".

Hope you enjoy it!! The title, by the way, is borrowed from my 2001 Lightwave render but you'll probably agree that the two images are quite different.