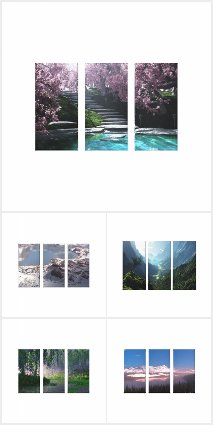 After finishing the day version multiscreen I hoped to transition immediately to creating the night version that I had planned. Unfortunately my Vue d'Esprit software had other ideas. As has happened quite a few times before, I wasn't able to re-open my scene file to continue working on the project. After much swearing and gnashing of teeth, I managed to open an older version of the scene (without the vines) and rebuild things to where I could progress with my nocturnal version.

Unfortunately after rendering the single-screen version here Vue crashed and, once again, I wasn't able to reopen my work. There are certainly a thing or two that I would like to tweak with this render but unfortunately that won't be possible unless I spend another whole day rebuilding it (yet again). That also means the multiscreen version will be delayed.

Fortunately I think the render I do have looks nice enough to share. Let me know what you think!