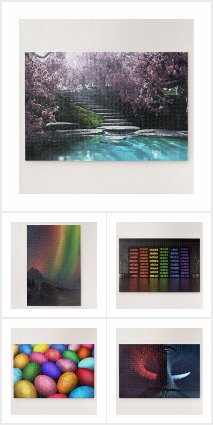 My original vision for "Gazebo (2020)" was a bit darker and more high contrast than what eventually came to be. After initially setting things I up I asked Jessie how she felt about it. She told me she wanted to see something sunnier and happier. That's just how she is :-) Of course I was crushed but went with her suggestions because I knew I would still have a night version to play around with. Had to do something a bit different for this one though. Vue only allows one light source to effect the sky so to get realistic planet glow around all three celestial objects I had render three separate times with the light sourced moved and the color changed. I then combined the three renders using Photoshop :-)