Slow the spread with
these DB face masks! 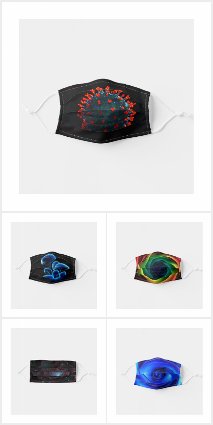 I had the opportunity recently to visit Arizona and take in some incredible natural beauty. The desert in the south of the state is different from the desert in the north. This render takes a bit from all of the different regions I visited, and adds a healthy dose of my own fancy.

The landforms were modeled using World Machine and are the first such efforts to appear in my gallery. Likewise, the cacti are my first original efforts modeled using "The Plant Factory". They appear at different levels-of-detail throughout the scene.

There are quite a few things I would like to change about this scene but I thought it looked nice enough to share as is and it has been too long since I've been able to update my gallery. Just rendering at 4K took nearly 72 hours!

I first attempted a 5K render that went for 5 days being lost to an inadvertent reboot. I re-rendered at 4K to save time so that is why I do not have a 5k version to offer at the moment. Run Shadowfax, show us the meaning of haste

As soon as this image is posted I will be shutting down Bucephalus, installing my new GTX 980 and swapping out my old Dell 3007 for as many of my new BenQ 4K panels as I can get to run. I hope to have the rest of Shadowfax assembled and in action within a week or so.

Since there are no consumer UHD+ 16:10 monitors, this might be the last render I create at that aspect ratio...